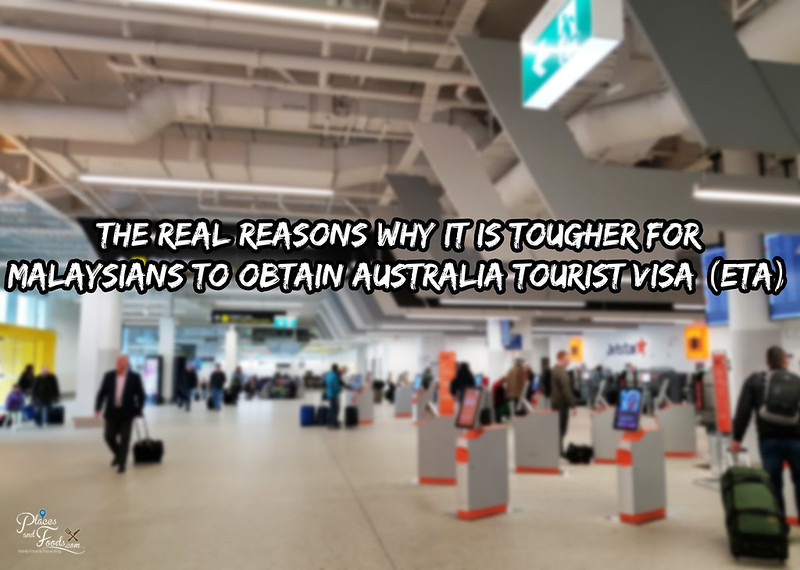 In the past, it took hours for Malaysians to get Australia Tourist VISA (ETA) when you apply online. This year, it takes at least two weeks to a month for a Malaysian to obtain the Australia Tourist VISA (ETA). There were no official statements on this issue until a news report by The Australian Broadcasting Company (ABC) on their story “Criminals faking Malaysian identities to obtain Australia visas, exploiting cosy international relationship”.

ABC investigation has uncovered that people smugglers have helped nationals of other countries assume fake Malaysian identities so they can enter Australia the same way.

A Vietnamese man who spent five months in Malaysia awaiting documents to travel to Australia has spoken to the ABC about his ordeal.

Until last month, he was trapped with 37 other people from Vietnam in a hotel in Kuala Lumpur — all of whom had been promised safe passage to Australia and a job once they arrived.

“They said that it’s easier here [in Malaysia] and I would not get my Australian visa if I submitted my application from Vietnam,” the man told the ABC.

Citizens of most other ASEAN countries can travel to Malaysia without a visa. Once there, a passport can be fraudulently obtained in Malaysia for as little as $1300, according to Malaysian national security expert Andrin Raj.” – http://www.abc.net.au

Australia is concerned that terrorists might exploit the relaxed Australia Tourist VISA (ETA) to enter Australia.

“According to ABC, Australian authorities are deeply concerned extremists from Indonesia and the Philippines may slip into the country using Malaysian identification, according to Mr Quaedvlieg.

It is understood some Malaysians with extremist links have already travelled to Australia on the same tourist visas.

Lastly, the issue of overstaying Malaysians exploiting the Australia Tourist VISA (ETA) in Australia. Many Malaysians have overstayed in Australia and worked illegally in fruit farms in the past.

“The Australian Border Force estimates that the total number of overstayers has remained “relatively static” at about 63,000.”