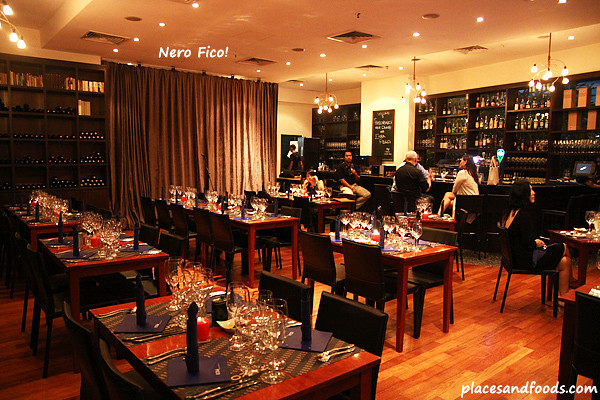 Many might have mistaken Nerofico as Neroteca or Nerovivo. Located at the ground floor of Wisma Perintis Jalan Dungun, Nerofico is KL’s newest jazz venue showcasing the best local, regional and international musical talent every Friday and Saturday nights (first set starts at 1000pm). Thus, the restaurant also offered a cozy dining experience in the middle of the busy commercial district of Damansara Heights. 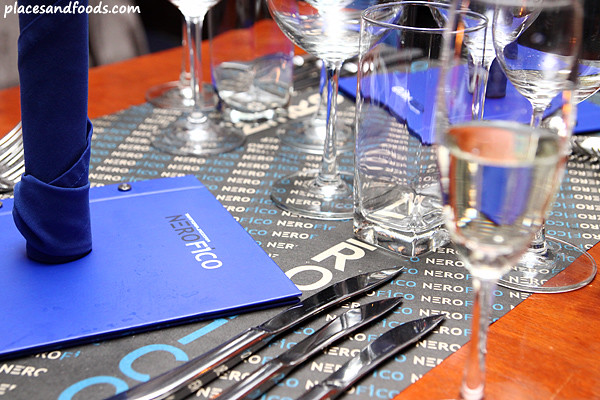 Who is Erika Ribaldi? Originated from a small provincial capital of Northern Italia, famous for its Middle Age “grandeur”, she joined Marchesi de’ Frescobaldi with the role of Area Manager Asia-Pacific, reporting to the Export Director Giuseppe A. Pariani. Based in Bangkok, she is now the proud representative in Asia for this historical house, and she will put her passion and knowledge at the service of our wide customer basis. 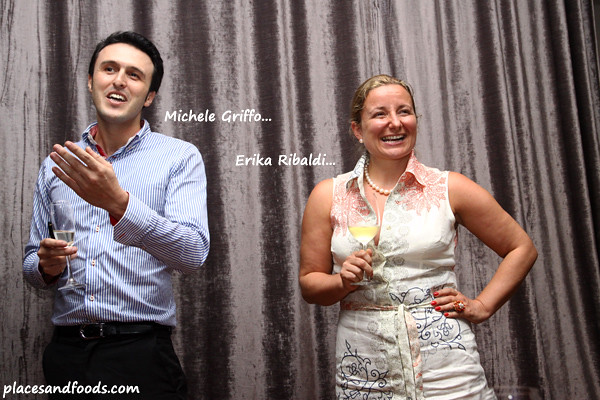 Even before the dinner, we have two Italians on the stage explaining the history of Frescobaldi wine. Michele is from Nerofico. 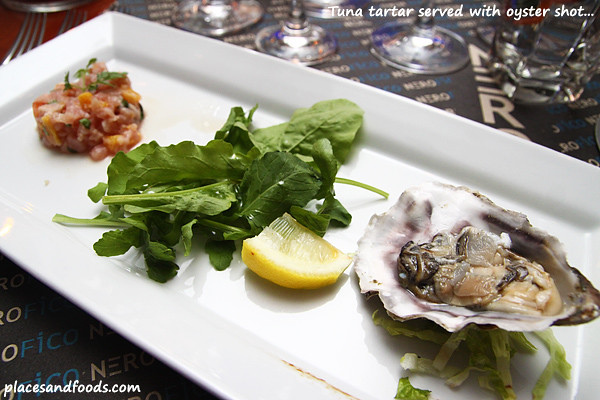 For the starter, we had tuna tartar served with oyster shot. It was our first time having tuna tartar with the fresh oyster. 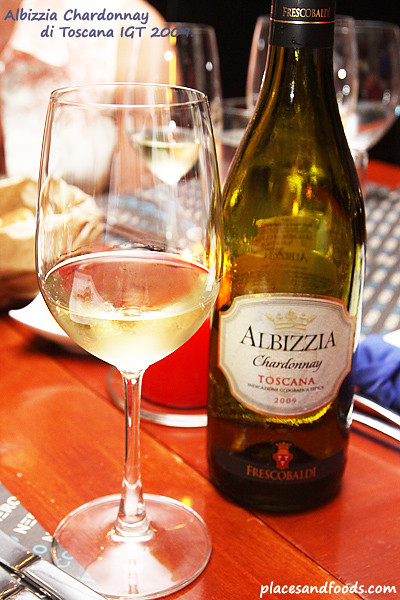 It was best paired with Albizzia Chardonnay di Toscana IGT 2009 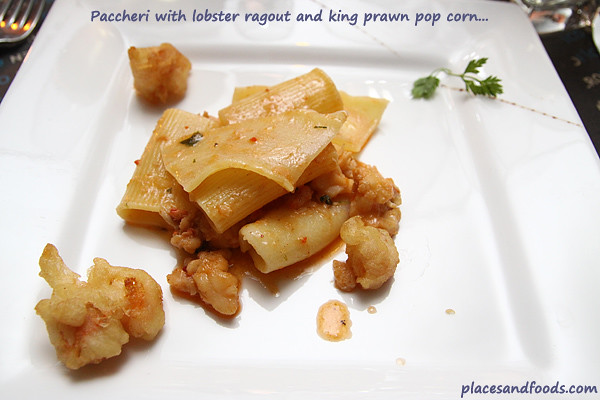 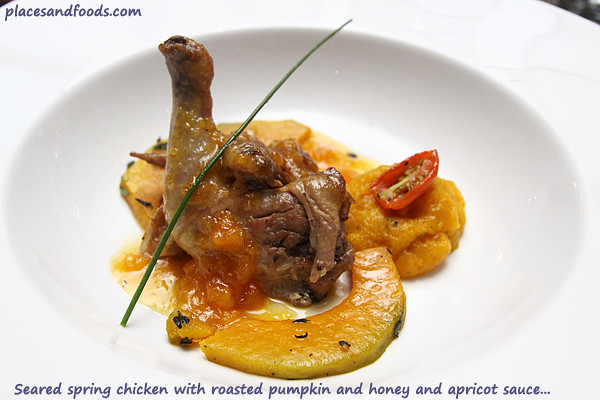 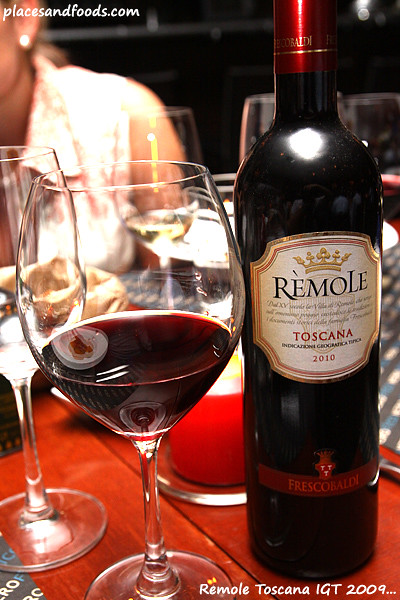 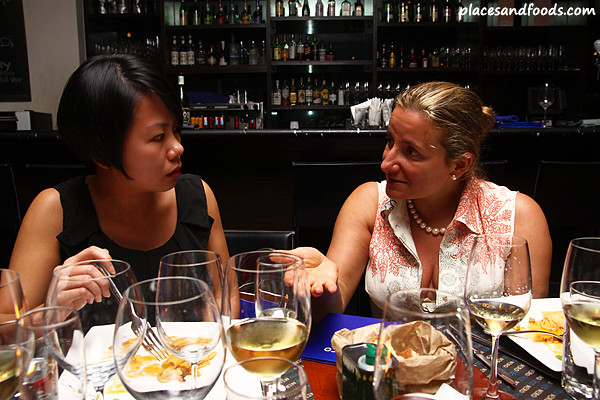 We sat with Erika and she entertained us with stories of Italy and her life experiences in Thailand and Cambodia. Hence, she also showered us with the stories of the great Italian food. We can imagine it since we watched the movie, “Eat, Pray, Love”. Hence, we were also told about the great vineyards of Italy. 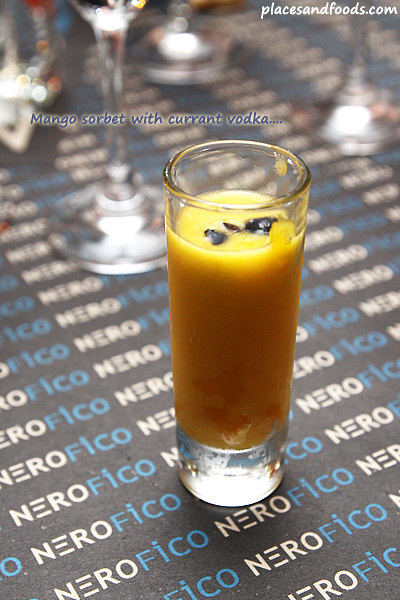 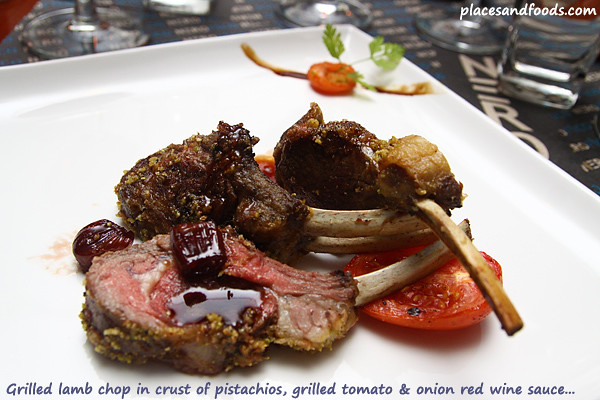 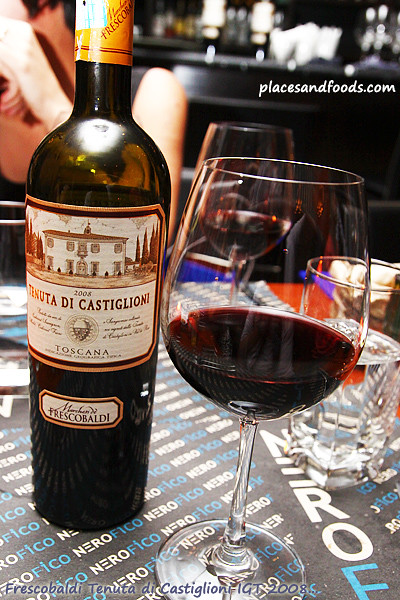 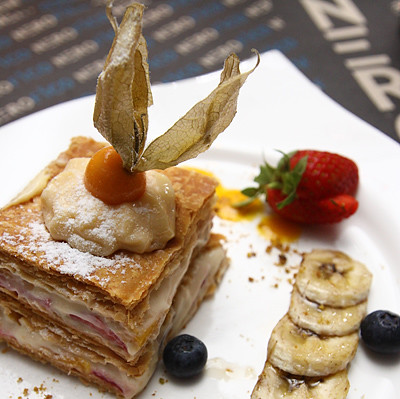 For Dessert, we had Millesfoglie serve with caramelized banana. It has been a while since we had a good Millesfoglie. Millesfoglie is also known as mille-feuille which means “thousand sheets”. The puff pastry was thin and crispy so you have to be delicate to eat this.  It was too beautiful to be eaten. 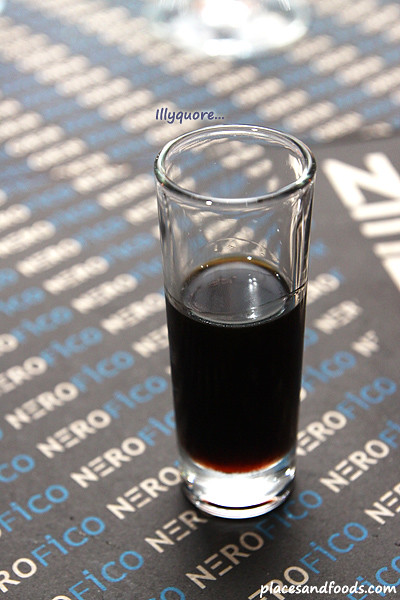 It is always good to end the dinner with a coffee. We had coffee and it was the liquor coffee, Illyquore. It was slightly bitter but fragrant with the coffee scent and strong with alcohol. 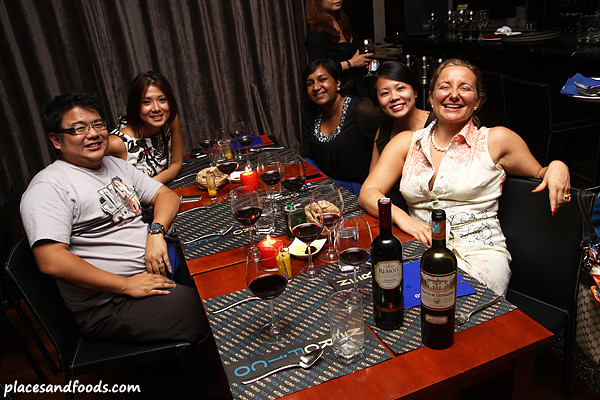 Great food, great company, great wine and great stories, we couldn’t ask for more. Our first time dining at Nerofico gave us a very lasting impression.  We heard so much about Italy lately, from Erika and even from our friends. These great stories of Italy made us wonder if we could really go there in the near future.