Many have heard about this four face Buddha shrine in the busy city of Bangkok, capital of Thailand. The truth is it is a Hindu shrine and it is a statue of Phra Phrom, a Thai representation of Hindu creation god Brahma and it is called the Erawan shrine.

It is one of the most popular tourist attractions and we have friends who travelled there every year to pray at the shrine. You can also see bus load of tourists visit this shrine every day. 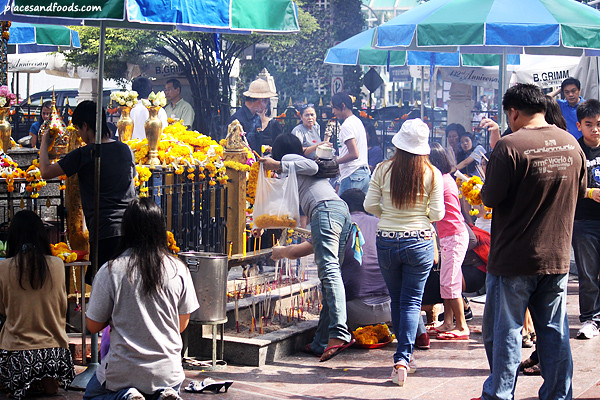 The uniqueness of the shrine is it is located in the middle of the busy streets of Bangkok. The shrine is located at the Ratchaprasong intersection of Ratchadamri Road in Pathum Wan district. It is near the popular Central World shopping center and located by the Grand Hyatt Erawan Hotel. It is a stone away from the Bangkok Skytrain’s Chitlom Station which as an elevated walkway overlooking the shrine. It is also near shopping malls like Gaysorn and Amarin Plaza. 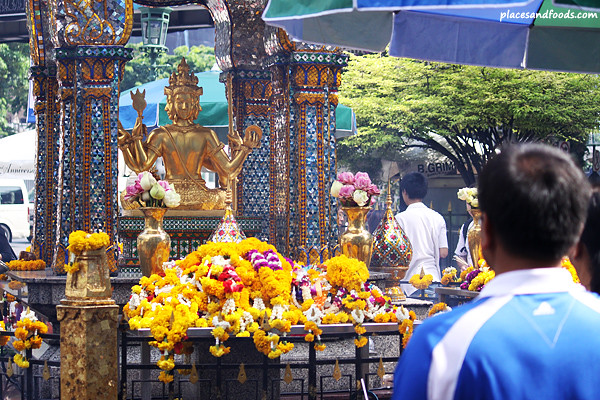 We have been to Bangkok numerous times but only visited the shrine once. Hundreds or maybe thousands worshippers visit the shrine daily. It is a small shrine by the road in front of the Ratchaprasong intersection. 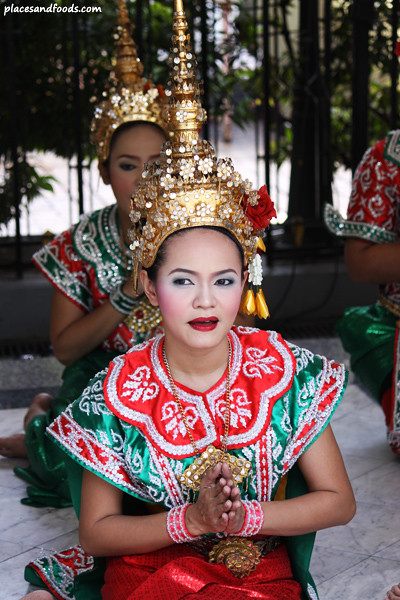 There often performances by resident Thai dance troupes at the shrine who are hired by worshippers in return for seeing their prayers answered. 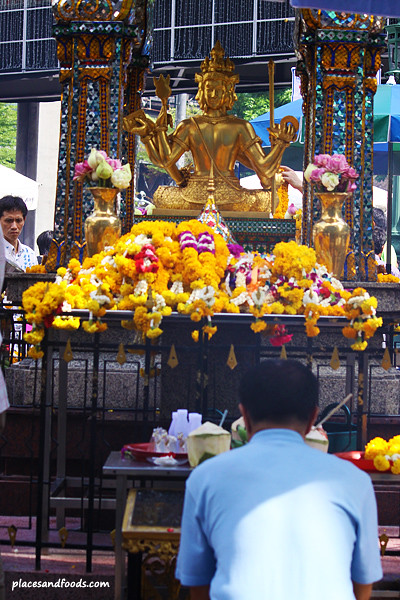 The shrine as we mentioned earlier is near the Bangkok Sky Train and shopping malls making it very convenient to visit.

How to get to Erawan Shrine Bangkok: