The name, Nakhon Si Thammarat comes from its Pali-Sanskrit name Nagara Sri Dhammaraja or Sacred Dharma King. The city is popular with its historical origin, narrow roads and friendly locals. 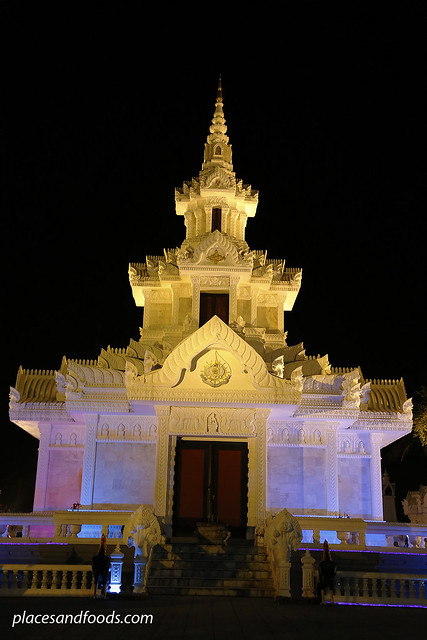 Nakhon is one of the places I visited during my Southern Thailand road trip. As I was driving around the city at night, a colourful light lit shrine caught my attention. After checking the GPS, I got to know the shrine is called the City Pillar Shrine of Nakhon Si Thammarat.

The shrine in Nakhon Si Thammarat houses the city pillar to promote the province’s prosperity according to traditional customs. It was inspired by the Srivijaya architectural style. The columns are made of valuable Ta Kien Thong wood (Malabar ironwood) from Nopphitam district. The faces of Jatukam Ramathep – the tutelary deity of the city – are engraved at the top.

The shrine complex consists of one main building encircled by four smaller ones. These minor pavilions signify the residential quarters of the four guardians of the world and enshrine four Mahayana Buddhist images. According to Thai folklore, when visiting a new city, it is recommended to pay homage to the city pillar and pray for protection. Nakhon Si Thammarat’s city pillar shrine is situated in Nai Muang sub district, Muang district. – http://www.tourismthailand.org/The-shrine-of-city-pillar-Nakhon-Si-Thammarat 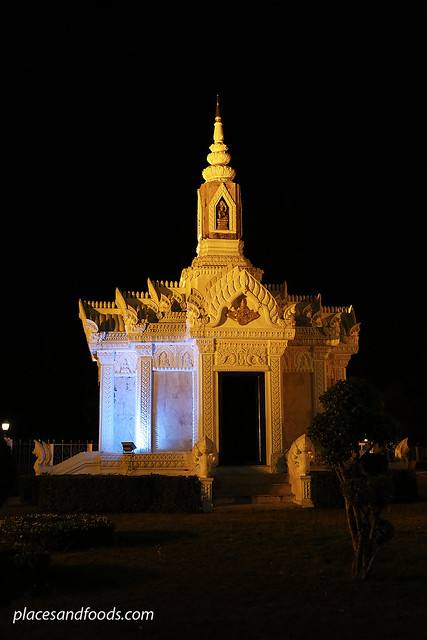 Like other towns and cities in Thailand, Nakhon Si Thammarat is a very safe place. Robberies and thefts are almost unheard of in this part of the world. I feel safe to drive around Southern Thailand at night even at the most remote places. 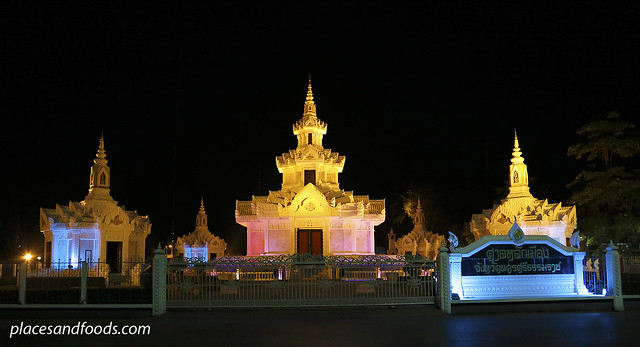 Equipped with GPS unit (with latest version of Thailand map), smartphone with Google Map or Waze, I drive around Southern Thailand for almost more than a week now and there are so much fun exploring places of attractions and interests.  There are no tolls in Southern Thailand and petrol stations are everywhere. The locals are very friendly and accommodative even though they cannot speak English. That’s why it is always fun to self-drive as you get to see more and it is cheaper to travel by yourself or in a group. Try self-drive to Thailand one day, you won’t regret it!