Thanks to Samsung Malaysia, I had another exclusive interview with Malaysia sportsman and Olympian Pandelela Rinong in Incheon Asian Games 2014 Athletes Village. We (Tian Chad and I) met with Pandelela at Samsung Athletes Meet Centre after the 10m women diving final and the interview was arranged for Malaysia Samsung’s Social Casters only. Pandelela Rinong is an Olympic bronze medallist and Commonwealth silver medallist. 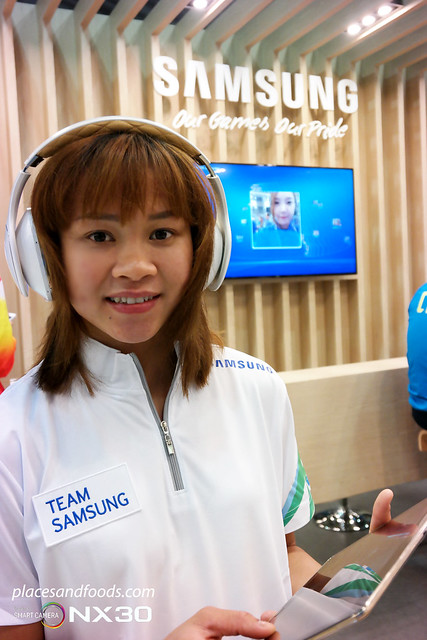 What do you think of your performance in Incheon 2014?

I think I performed the best during the 10m synchronise event and I was at the peak level. However, during the individual event, I didn’t manage to replicate the same performance. I tried my best but it wasn’t my day but I will keep on training hard for the next event.

What do you think of your competitors in Incheon 2014 10m women platform event?

The girls from Japan and North Korea has improved and performed very well. However, this will motivates me to train and to perform better. 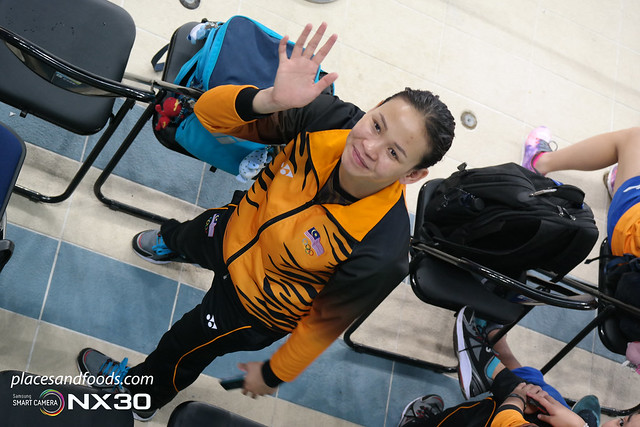 How long is the training in Incheon?

We are allowed to train two times a day in a given schedule. In total, we trained around four hours a day in Incheon in a combined two sessions per day.

Is it pressured to train in Incheon?

Actually it is more relaxed to train in Incheon as we trained on the different degree of diving difficulty, where comparing to our normal training, we train more on all areas.

How long is the usual training hours in Malaysia?

I trained eight hours a day for five and half days a week.

How to do spend your free time in Incheon?

I usually spend my time in the Athletes Village to relax and enjoy myself. Thus, I met many new athlete friends from other countries too. 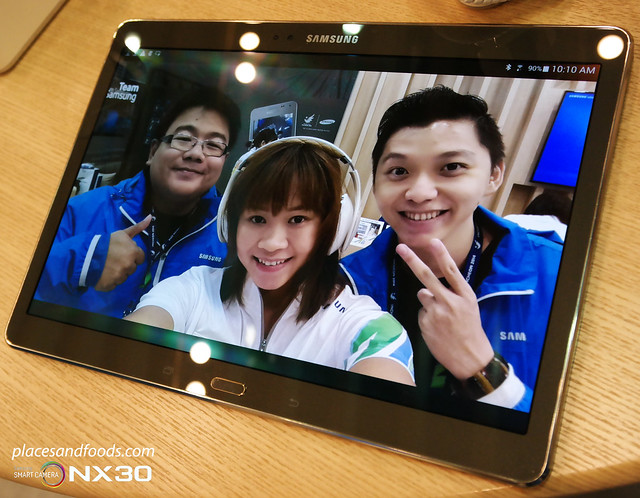 What are your plans after Incheon 2014?

After Incheon, I will go back to Malaysia to train and to get ready for the Malaysian Grand Prix at the end of the October. This is the last diving competition for 2014. In 2015, I will be getting ready to compete to qualify for 2016 Olympics.

Will you still be competing with Leong Mun Yee in the future for 10m women synchronise event?

Yes, so far the plan is to qualify and to compete in 2016 Olympics together with Mun Yee.

We heard you are a big fan of KPOP and Korea, have you been visiting the city?

Yes, I am a huge fan of KPOP and group likes Big Bang but unfortunately I have not visited the city yet but will do so before I leave Incheon. And I will be excited to watch KPOP groups such as Sistar, CN Blue and Big Bang to perform for the Incheon Asian Games 2014 closing ceremony.

(Pandelela thanking fans for the support)

I would like to wish all the best for Pandelela Rinong and once again thank you Samsung for the opportunity. I interviewed Dato’ Lee Chong Wei in another exclusive interview in Incheon Asian Games 2014 and it can be read at Up Close and Personal with Dato’ Lee Chong Wei