Lum Choong Kee Bamboo Wantan Noodles is one of the hottest topics in Klang Valley for weeks. It started off with great reviews by bloggers such as buddy VKeong and the owner, Chee is one of the founders of the Makan Club on Facebook.

We hear stories of long queues and long waiting time initially. Some customers waited for half an hour and some customers waited longer. Running a food stall is not easy as everyone thought. Thus, we didn’t allow any take away (tarpau) as they were finding hard time to cope with the high demand.

Unlike most wantan noodles stalls in Klang Valley, Chee prepared and cooked his own ‘char siew’ (caramelised pork belly). That’s why there are many good reviews on their home made char siew.

Due to its popularity, our favourite radio DJ went to try the wantan noodles and gave a them his piece of my mind. Posted on his Facebook, he didn’t mention the name of the wantan noodle stall but we all know it is directed to Lum Choong Kee.

He quoted, “When the wanton mee finally arrived the noodles tasted like boiled shoe laces. The wan tons tasted like rubber shavings wrapped in yesterday’s soggy newspaper. The char siew? It might turn you vegetarian.

Of course, the comments were not so popular with some of the members of the Makan Club and loyal supporters of Lum Choong Kee. With his comments, he indirectly invited more people to taste Lum Choong Kee wantan noodles. I believe everyone is entitled for their opinion and I do agree some popular eateries are horrible.

Since I was on a month long diet, I hold my horses until my diet is over. I find it interesting with the mix reviews on this wantan noodles. Chee on the other hand get more helpers and create more ‘char siew’ flavours such as Plum Syrup, Nam Yue, Mui Kwai Lou and Honey Syrup on alternate days.

The day I visited the stall, they were selling ‘Rose Liqour’ Char Siew. I wake up at 7 am, took a slow drive and they were setting up their stall. I was the first in line and got number one. With more helpers, now they allow take away.

You have to pay first and get a number and they will serve it to you shortly. The crowd starts to swell even as early as 7.45 am and it should be more if not of the Wesak Day (many Buddhists will turn Vegetarian for the day). 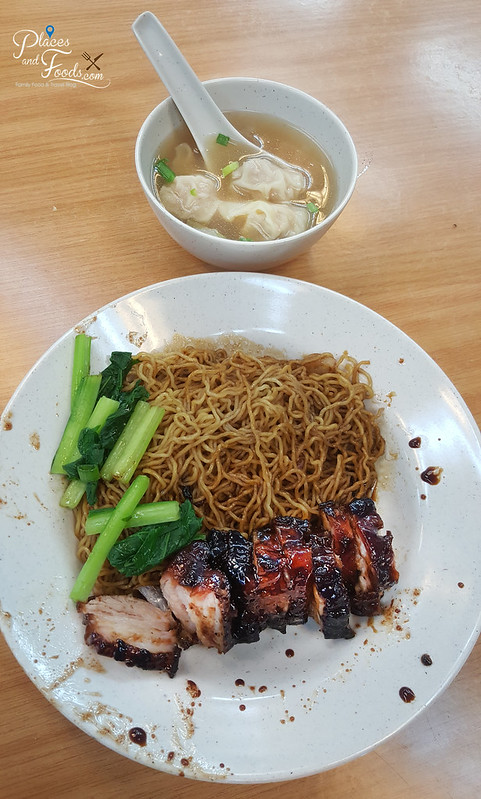 The wantan noodle comes with bamboo noodles with char siew and a bowl of wantan (three pieces).

You get generous amount of their popular char siew and you can see the thick size of the meat on top of the noodles. The portion is the same for every customer and not because I am a blogger and treated differently.

The noodles are coated with the dark sauce with hints of the fragrance of the pork lard. At first I thought the noodles are too dry but it is springy with that el dente texture. The taste is better than I expected.

For their limited edition ‘Rose Liquor’ char siew, the texture is soft and it almost melt in the mouth. Compared to the popular char siew eateries in KL, their version of char siew is not that sweet and the outer layer is not that crusted. With ‘rose liquor’, you get the fragrant aroma and I hope he can sell it every day. The char siew is definitely top of my list and I will probably list it as one of the best in KL if I am going to write such story in the future. 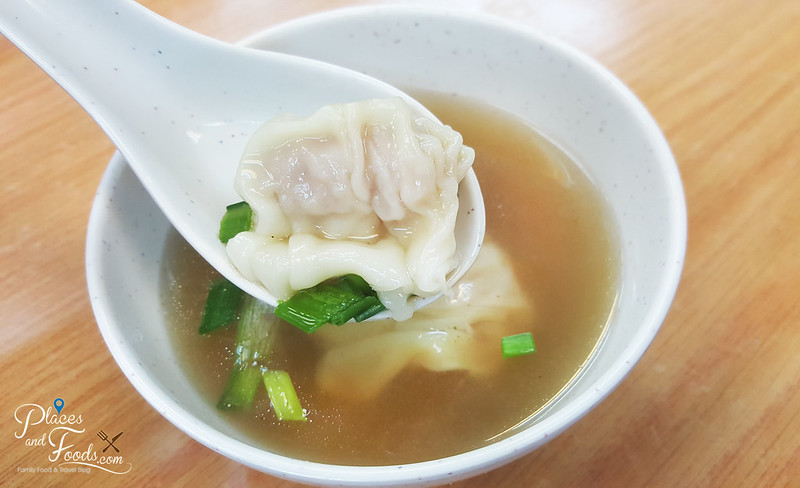 The wantan is definitely bigger in size compare to others. You get more meat filling and the hint of saltiness is probably come from salted fish? No complains.

Despite the mix reviews I read online, I find the Lum Choon Kee Bamboo Wantan Noodles is worth the wait and visit. It is definitely one of my favourites in Klang Valley. A set of wantan noodle is priced at RM 8 and you can only take away four packets of the noodles. My advice is to go there early, avoid the crazy crowd and enjoy the noodles. Please don’t be shy to comment if you have a different opinion on Lum Choong Kee Bamboo Noodles. Will definitely go back for more.

7.45am onwards, until finish (Closed on Tuesdays)