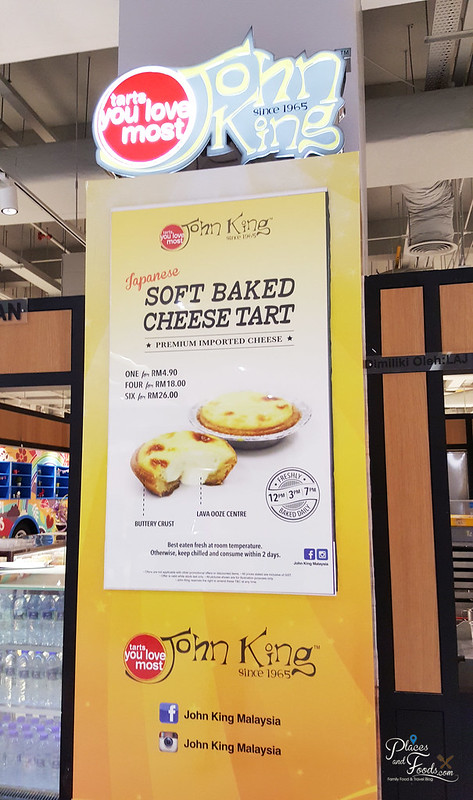 John King is originated from Hong Kong selling their own recipe egg tarts and they have quite a number of outlets in Kuala Lumpur.

We were having our family day in Da Men Subang and noticed that John King is selling their version of Japanese soft baked cheese tart, why not give it a try?

Selling at RM 4.90 a piece like Hokkaido Cheese Tart, the poster stated that the tart comes with buttery crust with lava ooze centre (the cheese filling).

They baked the cheese tarts three times a day, 12pm, 3pm and 7pm. We bought the tart around 7.30pm and it left two.

The size of the baked cheese tart is the same as their egg tart and the top layer is wrinkled. The poster claimed they use Imported premium cheese for the filling but somehow it wrinkled.

The crust is buttery fragrant but the filling is well didn’t live up to the expectation. It is definitely lacking of the Imported Premium Cheese we were expecting and the size is rather small compare to their competitors. Thus, there was no ooze centre or melting cheese that you would expect. The crust is too thick too.