Malaysian divers Pandelela Rinong and Jun Hoong Cheong won the first medal for the country in Rio 2016 Olympic Games. They took the Silver for Women’s Synchronised 10m Platform Final, a first for this event for Malaysia. They scored a total of 344.34 points to finish second behind China’s Chen Ruolin and Liu Huixia of 354.55 points. 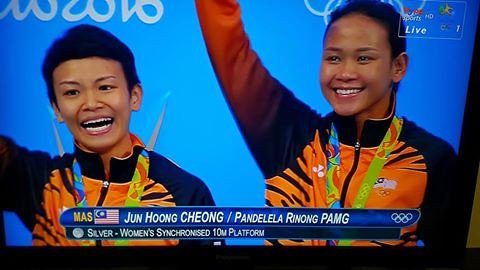 China Chen Ruolin and Liu Huxia leads from the first round and had a very impressive last dive to win the gold medal in style. Our Malaysian divers started very strong and solid and maintained second and third until the end. The North Koreans overtook our girls in third round but they did a last bad dive resulting them missing the podium. The Canadians took the third place with an awesome last dive. 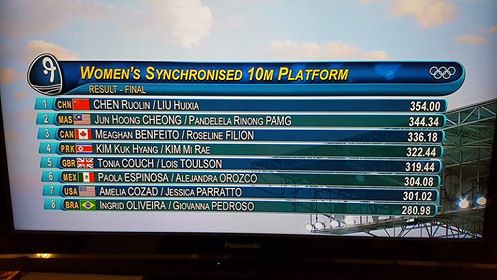 This is a big result for Malaysia and we are really proud with our national divers. We met Pandelela Rinong in Incheon Asian Games 2014 and also a few more times during a few events. She is a humble and down to earth person and we are really happy to see her winning her second Olympic medal. The pressure is very high on her since she won the bronze in London 2012 and we wished her all the best for the Women’s 10m Platform Final.

We have to wake up at 3 am to catch this event and we are sure the nation will be delighted when they read the news later in the morning.