New Airport Tax to Increase Fares for KLIA and KLIA 2 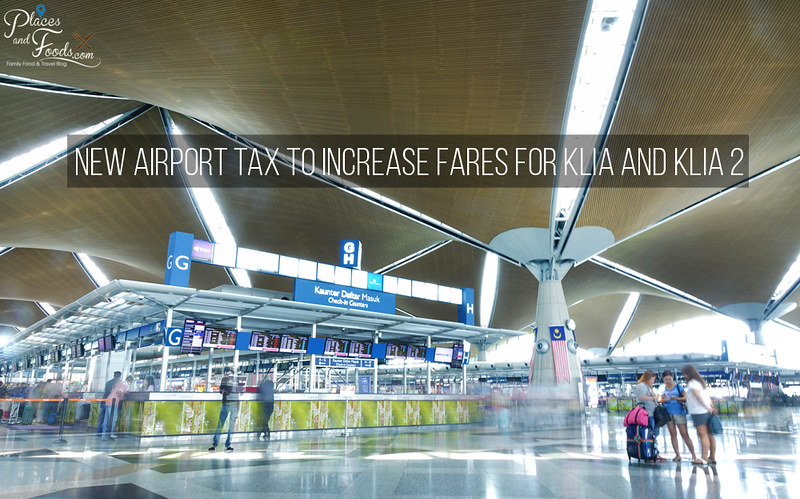 While we are enjoying the price war between airlines in Malaysia, the new airport tax to for domestic, ASEAN and International flights! The new Passenger Service Charge (PSC) or ‘airport tax’, will be implemented beginning Jan 1, 2017 according to TheSunDaily.

“The new Passenger Service Charge (PSC) or “airport tax”, which will see higher rates imposed on air travellers, will be implemented beginning Jan 1, 2017.

Transport Minister Datuk Seri Liow Tiong Lai, in revealing this, said further details on the new charges would only be announced by the Malaysian Aviation Commission (Mavcom) soon.

“Mavcom has presented their views to me, and we are looking at the finer details. We also discussed in the cabinet yesterday, but the details will be announced by Mavcom.

“We made certain decisions, but all of this is under Mavcom’s purview, so I will leave it to them to make the announcement,” he told reporters after launching the Sekolah Jenis Kebangsaan (C) Bandar Sungai Long, here, today.

theSun, earlier yesterday, reported that the new rates for PSC had been approved by the Cabinet and is to be implemented at all airports nationwide, in a move deemed to “level the playing field”.

According to the source, the new PSC charges will be:

» RM11 for domestic flights, up from RM9 currently;

» RM35 for flights to Asean countries; and

» RM73 for international flights, up from RM65 out of KLIA, and RM32 from klia2 currently..

Despite the increase, Liow maintained that the new charges were still considerably lower compared to many other countries.

When asked if it would be unfair to charge similar PSC for international flights from KLIA and klia2 despite poorer facilities in klia2, Liow said: “The is no discrimination in Malaysia’s policies.” – TheSunDaily

Please take note that the new airport tax will be implemented on Jan 1, 2017. Thus, please take note of the airport taxes when you purchase your airline tickets. We do hope that with the increment, they can really upgrade the facilities in KLIA and KLIA2 and please fix the walkalators in KLIA 2, it has been out of order since day one. Guess we have no choice to pay more right?