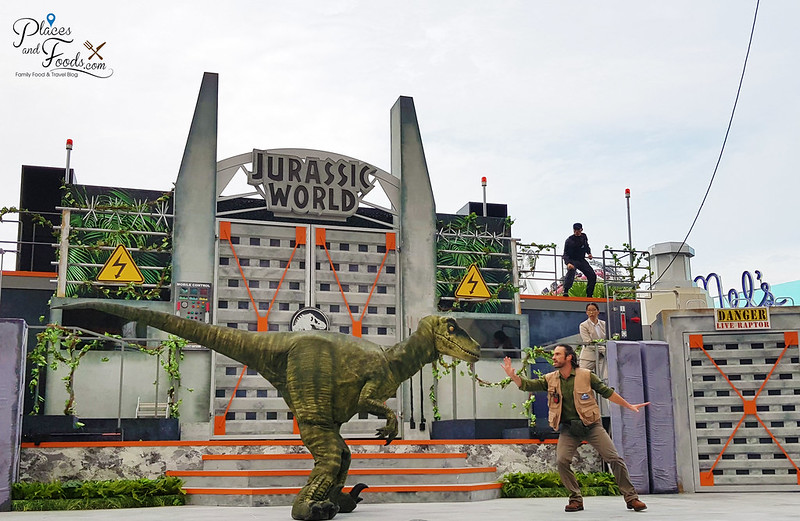 Jurassic World: Explore & Roar! will feature an all-new live action show, augmented reality experience, and an interactive raptor training programme, dinosaurs will take over the theme park to celebrate the release of Jurassic World: Fallen Kingdom opening in cinemas in IMAX and 3D in Singapore on 7th June and Malaysia on 22nd June.

Fans will be in awe as they step onto Hollywood Boulevard where they can get up close to life-sized dinosaurs and authentic prop replicas from the Jurassic World films including the Stegosaurus and iconic Gyrosphere .(The Gyrosphere and T.rex footprints will debut from 8 June). Following a set of giant T.rex footprints from New York to The Lost World, fans will then discover many exciting new characters and activities, including Wyatt, the resident raptor trainer, along with a Velociraptor; as well as Dr. Rodney and his precious collection of dinosaur eggs.

Singapore Residents can purchase a one-day adult ticket at only S$68 and receive a 10% discount on Jurassic World merchandise(18 May to 31 July 2018). Guests can also enjoy themed prehistoric bites such as the T.rex Stacker and Isla Nublar’s Bloomer.

All special programmes for Jurassic World: Explore & Roar are included with regular admission tickets. Thrill-seekers can continue their adventure on adrenaline-filled rides and world-class attractions at the theme park such as Jurassic Park Rapids Adventure, Canopy Flyer and many more. 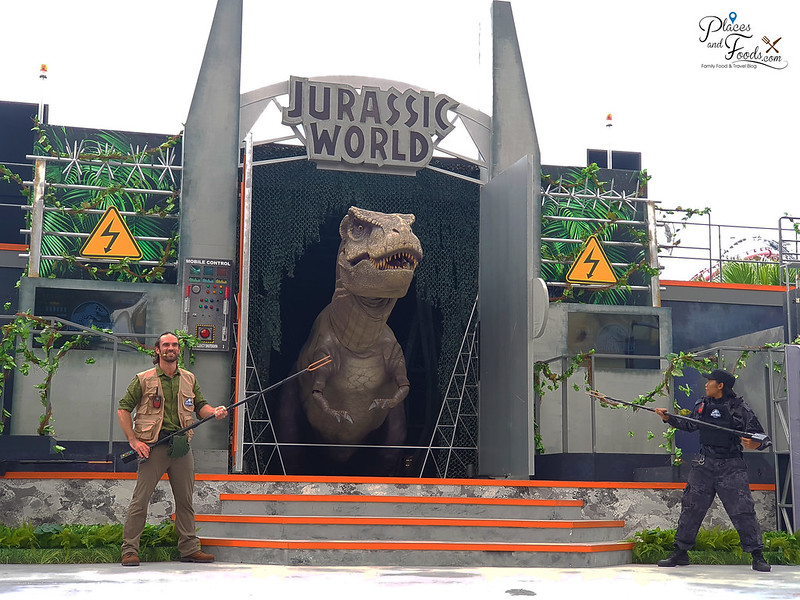 Headlining the event is an all-new live action show titled “Jurassic World: Roar!” which brings guests up close to the park’s amazing prehistoric predators. Set against a colossal Hollywood Lagoon Stage – the largest ever built for a daytime show in the theme park – guests will be thrown into the thick of the action as voracious Velociraptors, swooping Pteranodons and the mighty T.rex escape containment and wreak havoc on the streets of Hollywood right before the eyes of the audience. As Universal Studios Singapore’s most action-packed summer production, this stunt-filled show promises to be an intense and exhilarating dinosaur adventure for guests.

Courageous Jurassic World fans can finally learn some of the unique skills required to train a dangerous raptor by registering for the Raptor Training School – a one-of-a-kind experience where participants can come face to face with a Velociraptor! This latest programme aims to educate young dinosaur fans on the importance of communication, respect and appreciation between a raptor and its trainer. During the 20-minute session, participants will meet Wyatt, the resident raptor trainer, who will teach them the handling skills to work with these intelligent predators. 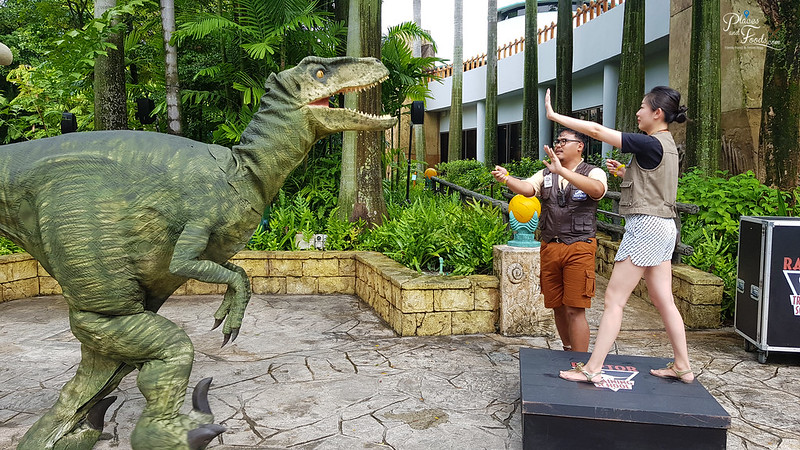 It is a cool and fun experience and some might be terrified with the Raptor. This is as close as you can be with a Raptor and if you are a Jurassic World fan, this is a must do!

Future paleontologists and dino enthusiasts can head to the New York Public Library and interact with dinosaurs on the big screen thanks to the magic of augmented reality. 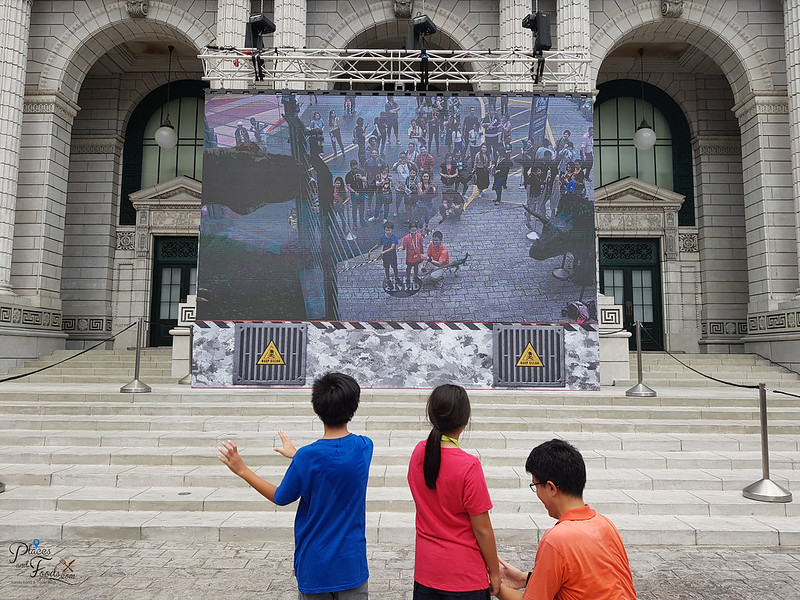 This is pretty cool as you will be on screen with dinosaurs like T.rex, Triceratops and other magnificent dinosaurs in close proximity.

The park is brimming with anticipation as it awaits the hatching of its latest baby Velociraptors! Join Dr. Rodney as he transports his precious cargo of eggs to the park’s nursery. Lucky guests may even get a chance to witness up-close a baby Velociraptor as it hatches out of its egg – a truly once-in-a-lifetime event of prehistoric proportions! 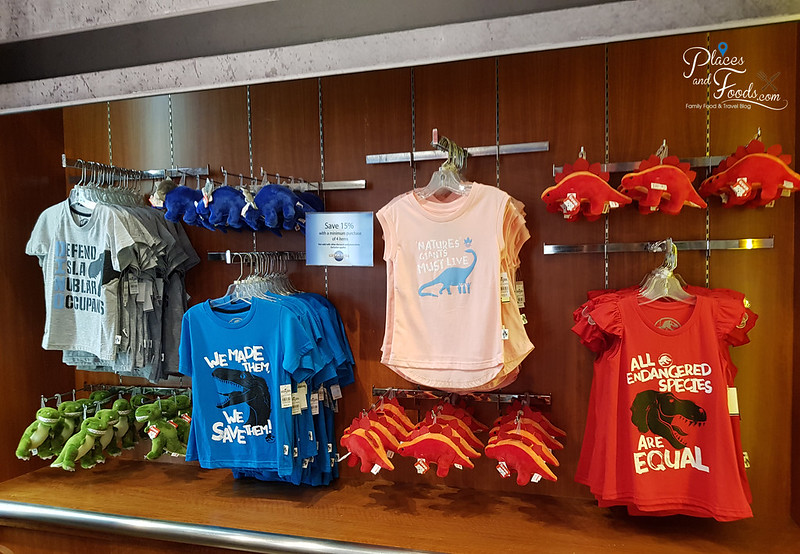 We tasted all the Jurassic World Themed Food and they are pretty good!

Mark your calendars and plan your visit to Universal Studios Singapore for Jurassic World: Explore & Roar! We will update this post with more stories as we are still in Singapore right now. For more information and purchase your tickets online at https://www.klook.com/activity/117-universal-studios-singapore