It was in 1992 and I was in Singapore Changi Airport. I was on holiday in Singapore for a month and waiting for my flight back to Kuala Lumpur, Malaysia. I was waiting for my number and name to be called as my uncle purchased the air shuttle ticket for me.

I was 14 years old at that time and quickly I ran to the gate as my number and name was called. I got the back seat (the last row of the airplane) and I was sandwiched between two air stewardesses. They chat with me and kept me comfortable. That was my first flight experience with Malaysia Airlines and it was memorable. The five star cabin crew services didn’t start now or 10 years ago, it started at the very first beginning the airline has started. My experience with them started since 1992 but I am sure many have started earlier to me.

The arrival of the Airbus A380 means a new beginning for the airline. After recent issues with Air Asia, Malaysia Airlines need a revival plan and what is the better way to start with its new fleet of air crafts.

It was no hidden secret that Malaysia Airlines has a fleet of aging aircrafts. The incoming new fleet of aircrafts (replacing the old ones) will indefinitely boost their yield and open many possibilities for them in the future. We might not know what happen next but only the best for Malaysia Airlines. 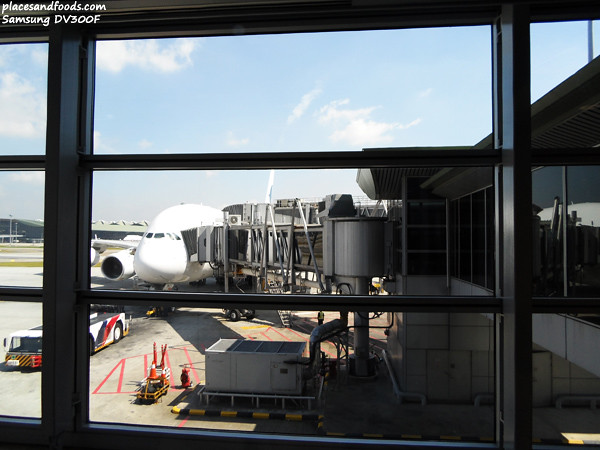 Can you spot the two bridges on A380?
After almost 20 years since my first flight with Malaysia Airlines, I had a chance to be part of the history with the airline. It was the Big Flight, the Joyride with spanking new Malaysia Airlines Airbus A380. I was one of the lucky winners of the Big Flight blogging contest which took part a few weeks ago.

To be honest, this was not my first time boarding a A380. I had my experience with Singapore Airlines when I flew back from Sydney to Singapore earlier in March. I was covering my travel story for Tourism Tasmania and Destination New South Wales.

I was one of the few bloggers and influencers at the Big Flight event. There I bumped to Will Quah and had a short chat with him, he was the emcee for the event. 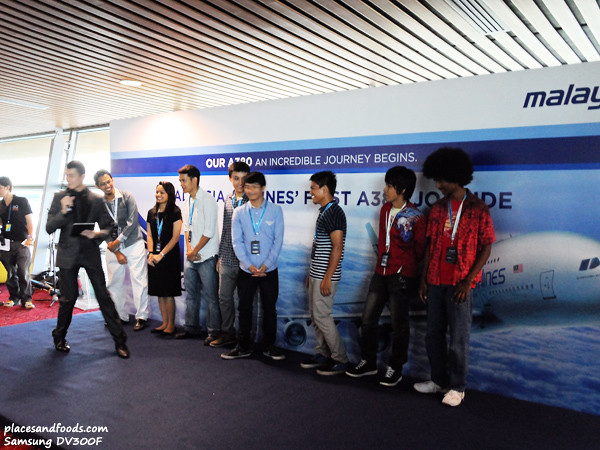 The winners of the Big Flight Youtube Winners with Will Quah, the emcee…
It was a big scale event with hundreds of selected guests, media and VIP getting ready to board the gigantic A380. There I met a few new blogger friends. It was quite a casual event with most guests mingling around. 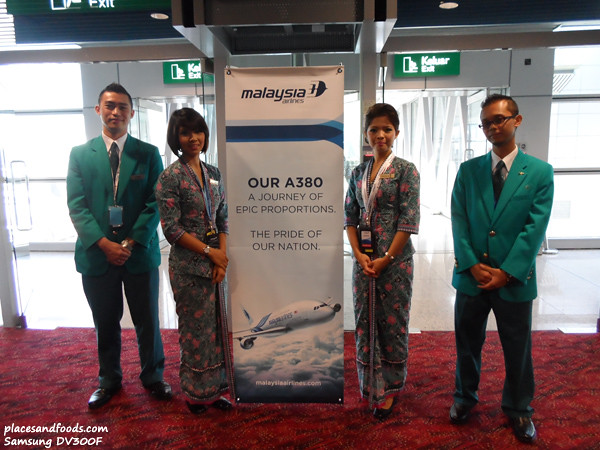 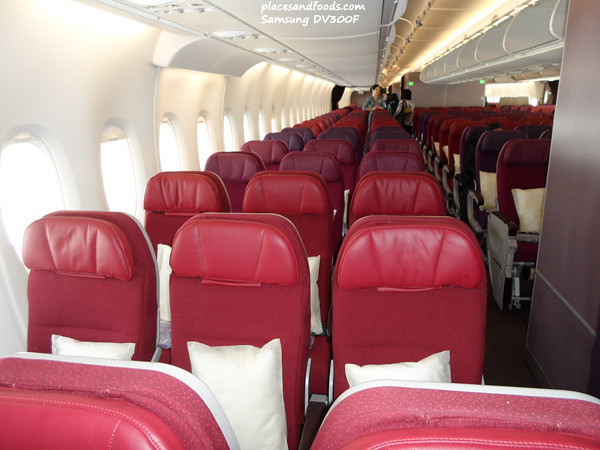 The mixture of colours of the seating, from red to velvet….
The configuration is similar with most large airplane. It is 3-4-3 seating for the economy class and the seating is pretty common with other A380. 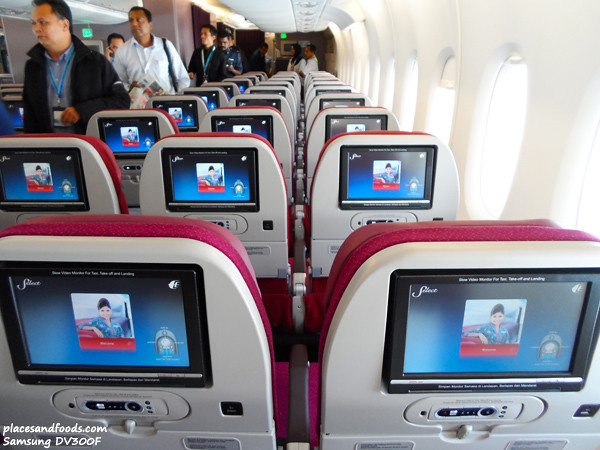 The spanking new A380 seats… 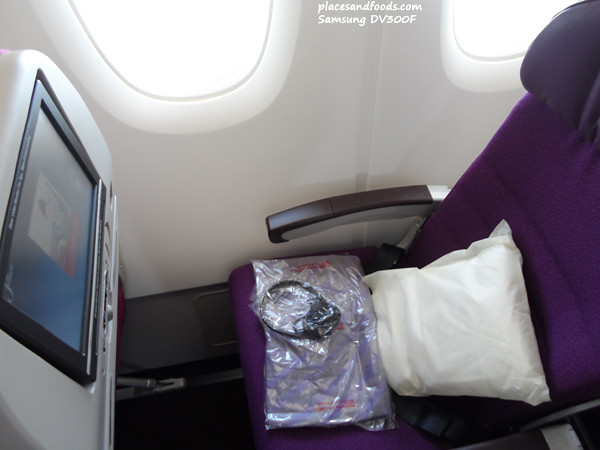 My seat with pillow, headset and blanket…

The back seat looks neat. The LCD screen looks better with black borders. It looks bigger but after I did a picture comparison, it might be the same size as other A380, I’m unsure about this. 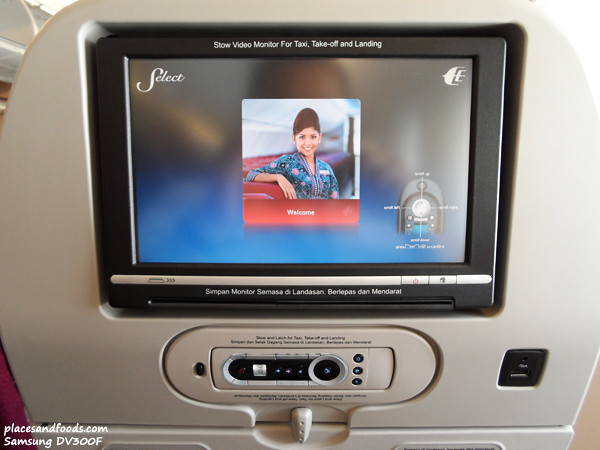 The visual quality of the LCD screen is superb. This is the best quality so far I experienced.  There are some visible tiny dots on the screen suggesting it could be “touch screen” LCD but touch screen functions were not available. Maybe I’m wrong, but it looks like a touch screen to me. 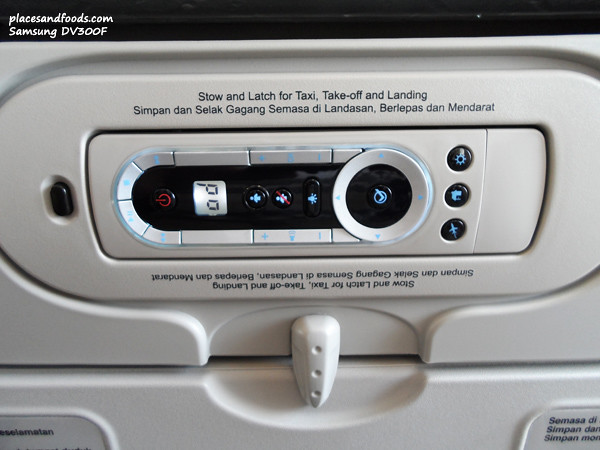 The handset is smaller than the conventional Airbus handset. I’m sure this is a brand new design. Some of the external buttons are squeezed into this stylish handset. 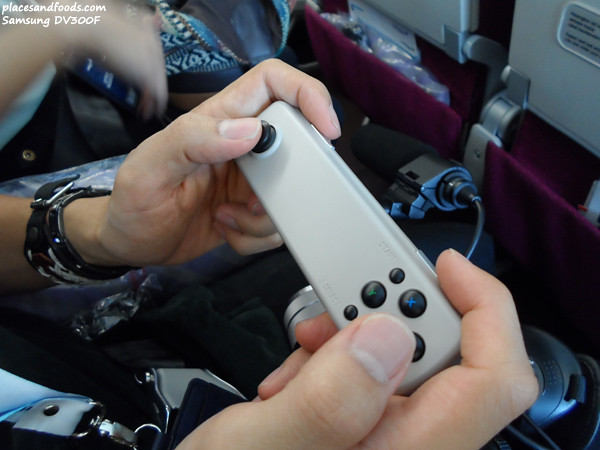 At the back of the handset is the game console controller.

There is an external USB port and missing the audio RCA connector and network/LAN connector of the setup of other Airbus A380 airplanes. Like I mentioned earlier, seating set up designs varies depending on airline companies. 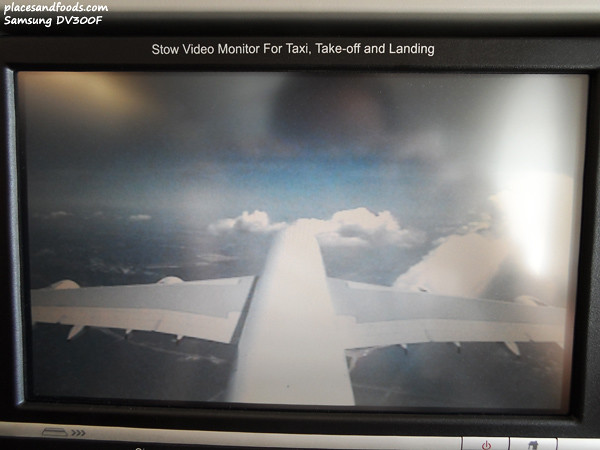 Due to the nature of the Big Flight, we were able to watch the aircraft from the top. It was pretty cool as it was my first time watching a plane took off from the top.

There are four pilots flying the A380 and it can carry more than 400 passengers in total.

Like my previous review, the A380 is very comfortable on the air. At one point, I was sleeping on our journey from KLIA to Langkawi and back. 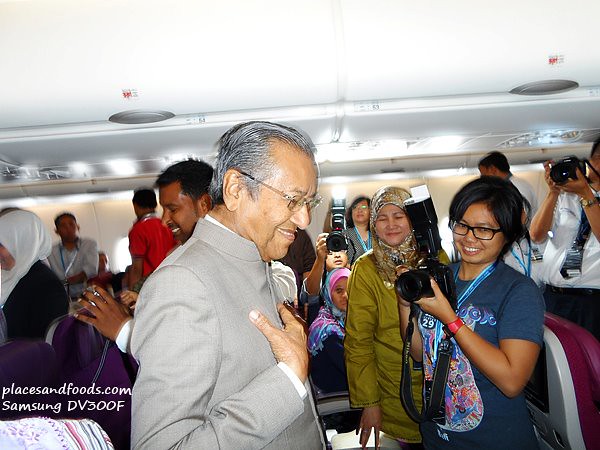 The surprise of the day was the appearance of our former prime minister, Tun Dr. Mahathir Mohamad. He walked around and shakes most of the guests’ hands. Everyone was excited to see him onboard. 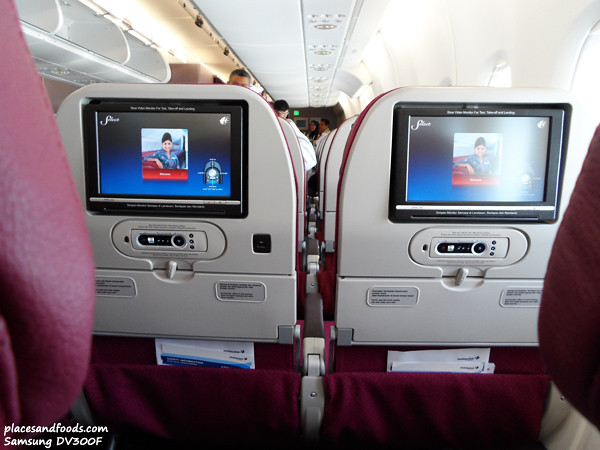 It wasn’t long until we reached KLIA and we did a landing and mandatory take off again. Our second flight took us to Kuala Lumpur city center and also Subang airport before landing safely back in KLIA. 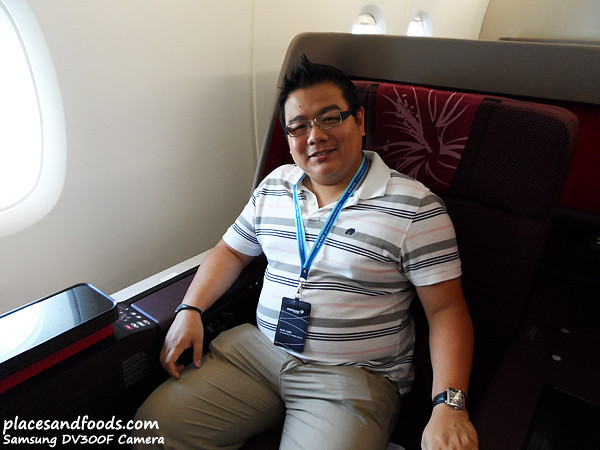 9 thoughts on “The Malaysia Airlines A380 Big Flight Experience”