If you visited Melaka, you will definitely sure taken pictures in front of the Stadthuys. It is the most iconic structure in the city engraved with history and culture. The Stadthuys means city hall in old Dutch spelling or also known as Red Square. To many tourists, they simply named it as the Melaka famous red buildings! 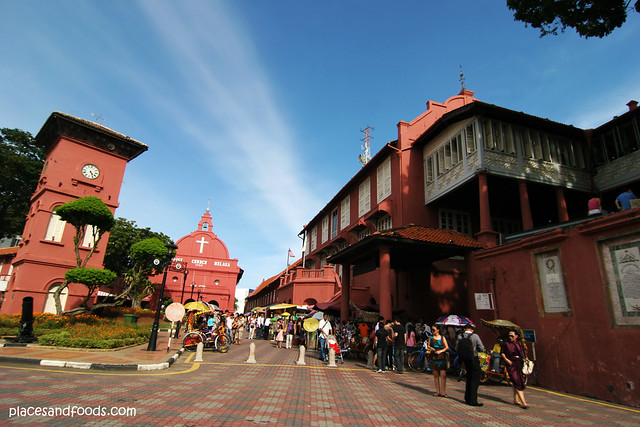 It was built by the Dutch in 1650 as the office of the Dutch Governor and the deputy after occupying the city over the Portuguese. It was then handed over to the British in the 19th century and survived the 2nd World War. 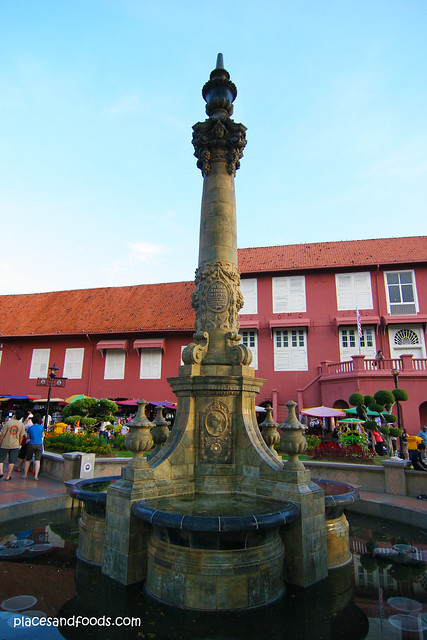 Read: The Victoria Fountain of Malacca

Stadthuys is currently under restoration and these pictures were taken a few years ago and they are the best pictures of Stadthuys I’ve taken. 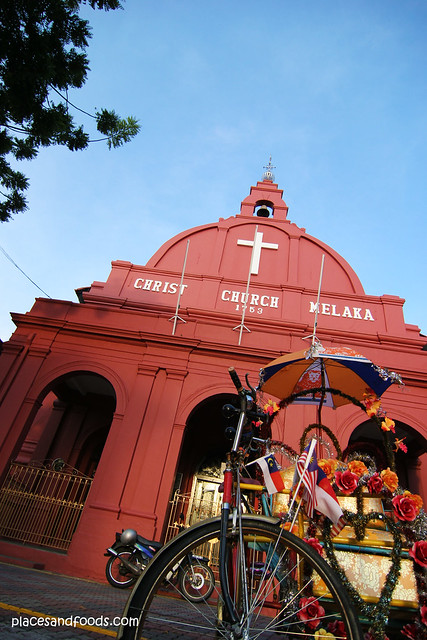 (A trishaw parked in front of the Christ Church Melaka)
In July 2008, Melaka is listed under UNESCO World Heritage Site with Penang and it is well deserved recognition for the history and culture of both states. With the UNESCO recognition, thousands of tourists from all around the world visit Stadthuys daily. 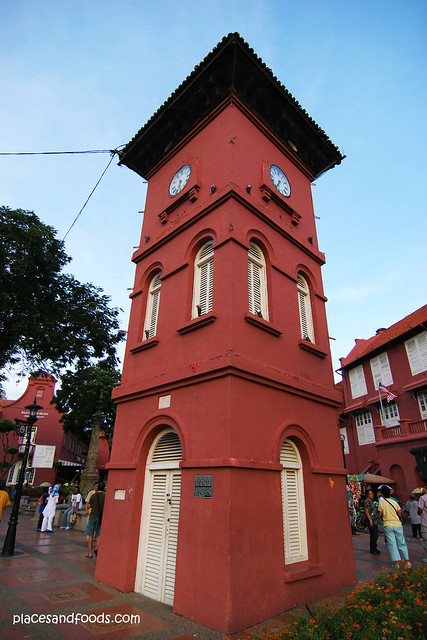 (Clock tower at Stadthuys)
The Stadthuys is near to the A Farmosa and the ever popular Jonker Street. It is also walking distance to Dataran Pahlawan and the Quayside Hotel.

How to go to the Stadthuys:

The best way is via taxi or the trishaw for tourists.