My Journey With Malaysia Airlines

31st August 2015 is a special date for Malaysia Airlines. It is the last day of Malaysia Airlines System as beginning 1st September 2015, it will change name to Malaysia Airlines Berhad. They moved their office from their Subang HQ to Sepang and it is time for a great change. New company, new CEO and a new mission. 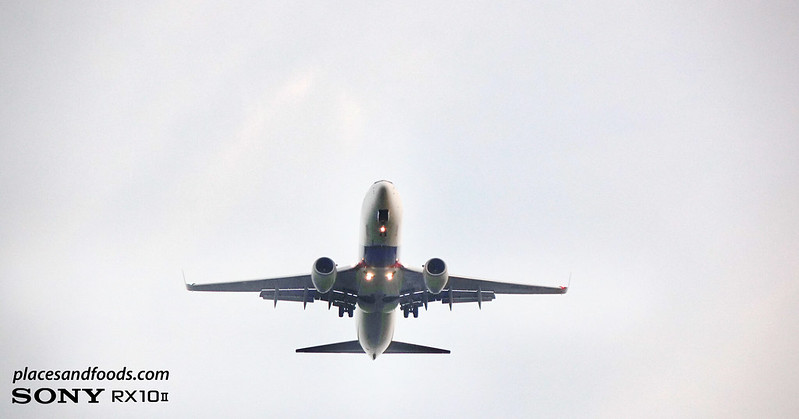 Flying  was for the rich. Airlines were providing full services unlike the budget airlines and that’s why it is a privilege to fly back then. Malaysia Airlines was one of the top airlines back then, profitable, respectable and better than many other airlines in the region. That is a fact.

My flight from Singapore to Kuala Lumpur was a shuttle flight. Shuttle flight is non-existence now as it is ceased many years ago. Shuttle flight is a strange one. You purchase the ticket and wait until the last 5 minutes before departure. You have to wait till there are empty seats in the plane. If you are lucky it takes minutes or if not, it can take hours.

I got lucky that day and I still remember I ran into the gate as they called my name. I took the back seat and I sandwiched between two gorgeous air stewardesses. The smiles of their faces last forever in my mind, just the smiles.

There are couple of good and bad experiences down the road.

The bad one was during Christmas Eve 1999 as our flight to Bangkok was postponed for more than 12 hours. I still remember my parents bought the tour from Apple Tours as they didn’t refund the flight delay fees to us till today.

There are a few more interesting experiences with Malaysia Airlines.

In 2010, I had a fever while traveling from Kuala Lumpur to Buenos Aires, Argentina. The journey took me 26 hours including two transits in South Africa but my fever started when I flew from Cape Town to Buenos Aires. It was a really bad fever and one of the air stewardesses took care of me. It was the side effect of the yellow fever vaccination I took a week earlier on. The air stewardess, Adriana from Mexico took care of me, giving me cold towers and panadols and she constantly checked on me. Thanks to her, I recovered before reaching Buenos Aires.

You can read more at this story I wrote in 2010 at: https://www.placesandfoods.com/2010/02/my-real-26-hours-experience-with-malaysia-airlines.html

Of course, recently there was one incident during my flight from Kuala Lumpur to Perth. It was late last year during the height of Ebola virus epidemic. A passenger collapsed just before reaching Perth but the passenger regained conscious minutes later after a doctor attended to him. Due to his incident, everyone had to wait in the plane until the quarantine team arrived and check on him. Of course he wasn’t infected by Ebola but the cabin crews did a tremendous great job taking control of the situation.

You can read the full length of the incident at: https://www.placesandfoods.com/2014/12/passenger-passed-mh-125-kuala-lumpur-perth.html

Many years Malaysia Airlines has been promoting MH or Malaysian Hospitality. At first I didn’t get the message but after some thoughts, it is something I have experienced with them all the while.

When I studied in Australia, I was away from home for at least five months and the moment I stepped in the plane, I can feel that I am home. It is always comfort to see fellow Malaysians and then the Malaysian food as well as the other Malaysians returning home. Trust me, five months without satay is a pain and of course they have other Malaysian delicacy on board.

Well, those experiences with Malaysia Airlines will be in my memory forever.

Starting on 1st September 2015, it will be a new company. It is not a duplicate of the past but a new reborn of the national carrier. This is the time they will start from zero and I hope to see Malaysia Airlines flying high again like in the glory days. Thank you Malaysia Airlines for all the unforgettable memories.

1 thought on “My Journey With Malaysia Airlines”